On October 7 at London’s Olympic Park we hosted our first ever Frontier Expo for over 1,000 members of the Elite Dangerous, Planet Coaster and Jurassic World Evolution communities.

After a day of panels and talks from Frontier developers and special guests, we were proud to discuss the future of Elite Dangerous, debut Planet Coaster’s next major update and reveal our first look at gameplay for Jurassic World Evolution.

ELITE DANGEROUS: 2.4 AND BEYOND

At FX17 we announced a new series of updates for Elite Dangerous, coming for free to all Elite Dangerous: Horizons players in 2018. We’re calling these updates BEYOND.

The Beyond series of updates is about narrative progression, enhancements and development of core gameplay features, and all-new features and content. In Q1 and Q4 we’ll have two major Beyond updates, while the interim will see a number of content updates bringing in new ships, missions, scenarios and other new content. 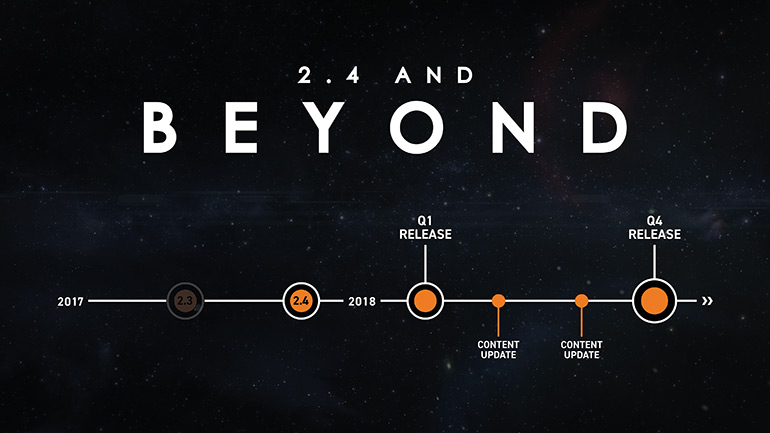 The first major Beyond update will improve Engineering, guaranteeing that every upgrade will be an improvement on existing systems. Crime and Punishment will make system authorities respond to criminal actions in more meaningful ways. Trade data will be more informative. New Wing missions will give players more to do with friends. And Elite Dangerous will look and sound even better with richer, more detailed planetary tech and all-new Audio Galnet so you can catch up on the galaxy’s news while you fly. 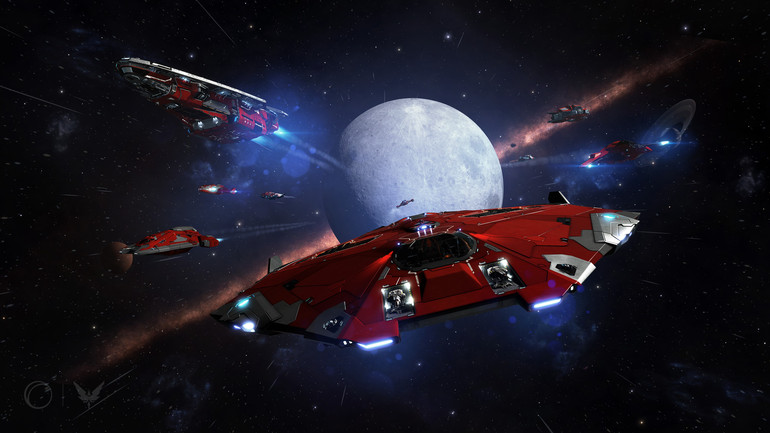 Beyond’s second major update in Q4 will take player groups to the next level with ‘Squadrons’, allowing groups of players to organise their group hierarchy, communicate with the Squadron and even purchase a Fleet Carrier giving all members a mobile base where they can restock, refuel and respawn. Mining will become more involving with new tools to extract materials and strike it rich. Explorers will have the new Codex – an archive of exploration achievements and game lore to fill – new phenomena to discover and new exploration mechanics.

Once again, in the second major Beyond update the galaxy gets even better with further planetary improvements to Elite Dangerous’ lighting model, ambient effects, planetary phenomena and volumetric effects.

And of course, the Thargoid return continues through Elite Dangerous 2.4 and the Beyond series of updates, with new Thargoid craft, stations under Thargoid assault and an evolving story influenced by player actions. We’re looking forward to revealing more about the Beyond series of updates soon. For now, we want to offer a peek at what’s coming soon in Elite Dangerous: Horizons 2.4 - The Return.

It’s been an incredible year for Planet Coaster, with over one million players, over 3.9 million hours played, 142,000 items on the Steam Workshop and enough rollercoaster track laid to circle the Earth 38.8 times. Watch the video infographic for the full crazy numbers.

At FX17 we announced Planet Coaster’s ANNIVERSARY UPDATE, coming this year to all Planet Coaster players for FREE. Planet Coaster’s 1.4 Anniversary Update follows our free Winter, Spring and Summer updates, adding new content, rides and features to Planet Coaster, as well as introducing one of the most-requested features from our community: the Scenario Editor.

We’re giving players the tools to create their own custom scenarios and share them with the community through the Steam Workshop, creating an almost bottomless well of amazing new gameplay content every day direct from Planet Coaster’s incredible creative community.

And Management becomes more challenging with the all-new Staff Management building. Employees will need to take breaks and recharge, leaving their stations and closing up shops if nobody can cover their shift. Keeping staff happy and avoiding burnout is a new job for park managers, but Planet Coaster lets you toggle your staff’s energy bars off if you would rather just build for fun. 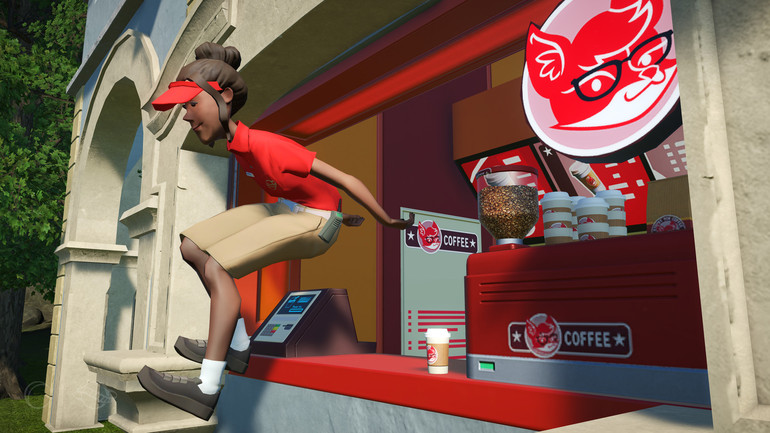 The Anniversary Update features four new rides – the Weisshorn, a classic fairground ride; the Cascade, Planet Coaster’s first ever water coaster; Hop The Gaps, a bumpy side friction ride; and one more top-secret ride we’ll be revealing later – and all existing coasters get an upgrade. In Planet Coaster 1.4 players can switch any coaster train to any type of track.

And Management becomes more challenging with the all-new Staff Management building. Employees will need to take breaks and recharge, leaving their stations and closing up shops if nobody can cover their shift. Keeping staff happy and avoiding burnout is a new job for park managers, but Planet Coaster lets you toggle your staff’s energy bars off if you would rather just build for fun.

At Gamescom in August we were proud to reveal Jurassic World Evolution to the world. At Frontier Expo, Game Director Mike Brookes, Lead Designer Andy Fletcher and Head of Animation Nick Rodgers revealed the first in-game footage and talked through some of the key game pillars and features.

For more from Frontier Expo 2017, hit the Elite Dangerous, Planet Coaster and Jurassic World Evolution YouTube channels, and from all of us at Frontier – thank you to all our community for making FX17 a truly fantastic event.